Since before the American Civil War, the shotgun has had a place in defensive / martial shooting.  It has always been to go-to, close range, big power long gun.  And for good reason!  Multiple projectiles producing multiple wound channels are well proven fight stoppers.  Since the beginning of modern law enforcement in America, the shotgun has been the only long gun available to most street cops.  Until recently.  More and more, I’m seeing law enforcement agencies abandon the traditional 12 gauge pump action shotgun in favor of AR based rifles and carbines.

It’s not that the AR based carbines have no advantages over the shotgun, I think many of the advantages of the shotgun have either been forgotten, or are being ignored.

Common patrol rifles do not offer anywhere close to the same power.  I don’t believe they offer the same level of intimidation.  They are expensive, and generally a single user platform.

A shotgun, once set up properly, seems to shoot well for anyone who picks it up.  Rifles, however, seem much more dedicated to a single user.  Sure, my rifle MIGHT shoot to the same point of aim for you as it does for me, but my shotgun WILL.  Combine this with the fact that a very serviceable shotgun, complete with sling and accessories may be had for well under $400 on the used rack, while an AR set up in a usable manner will cost nearly 5 times as much.  Sure, the carbine can be effective at distances well beyond the capability of a shotgun, but as legally armed civilians, those distances probably don’t matter.  Generally speaking, the longest distance a civilian will ever fire a defensive shot will be the distance from his front door to the curb at the front of the house.  In most neighborhoods, this is well within the effective range of buckshot.

I think this is the time to acquire a proper defensive shotgun, and begin training with it seriously.  As the law enforcement agencies abandon them, they are seen regularly on the used racks at real bargain prices.  Most of them are ugly due to abuse and lack of care, bouncing around in patrol cars, and they all seem to function without fail.  Even with the shift away from the shotgun, the ammo manufacturers continue to refine and improve the buckshot loadings.  There has never been a better time to own one. 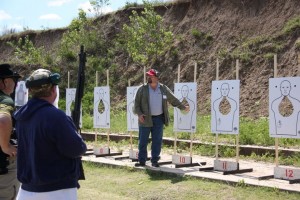 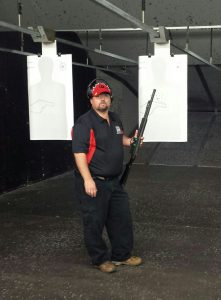 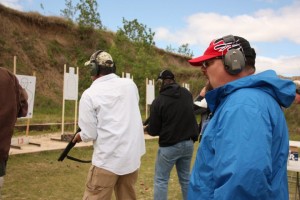