The founder and lead instructor for Oklahoma Shooting Skills is Will Andrews.  Will began his training ca 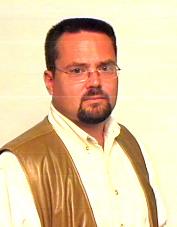 reer with fighting arts back in 1981, when he became a formal student of the traditional martial arts.  He studied Tae Kwon Do and Tzu-jan Men Jeet Kune Do, achieving a second degree in December of 1985.  Work and family responsibilities took him away from the fighting arts until 1988 when he became seriously involved in pistol shooting.  Very quickly Will became interested in teaching firearms, obtaining his NRA Instructor certificates in 1989. After studying pistol shooting, under the tutelage of several highly renowned instructors. Will began a personal project of sorting through all the various techniques, commonly taught, to find what techniques work best, are easiest to learn, and the most foolproof under stress.  After shooting in excess of a half million rounds, the examination of the resulting targets, and the condensing of several hundred pages of notes into a simplified shooting system, Will started Oklahoma Shooting Skills.

Will is humble in who he is and how he has grown. Will is a perpetual student always willing to learn and at least listen to what others offer.